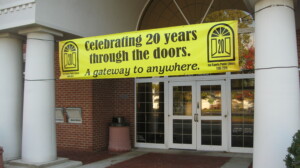 In October 1996, the Jay County Public Library moved to a new larger facility at 315 North Ship Street in Portland, Indiana.

We’re marking the 20th anniversary of the opening of what we admit the community still calls “the new library building.” We’ve planned 20 special things spread over 20 special week days between October 17th and November 11th.

It’s an extended party and everyone is invited to join in.

Special activities include exploring our space with a Selfie Safari or a Photo Scavenger Hunt or a tour of the bookmobile. Displays of bestselling books, movies and music from the last 20 years will appear. Two author/book events are planned, along with a day when storybook characters will the children’s area. Four Appreciation Days will offer surprise treats.

You can also look forward to some great opportunities for interacting with other library users with activities like library mini-golf and a pumpkin book character contest. We invite you to share your memories of the library too, about the preparation for the building project, construction and first visits to the building, as well as telling everyone “Why I Love My Library.” 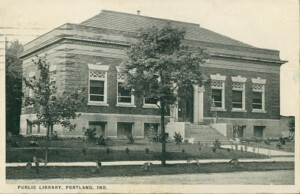 The library’s first permanent location was a 1902 Carnegie funded building on East Walnut Street. It was modified in the 1970s but seriously overcrowded by the 1980s. 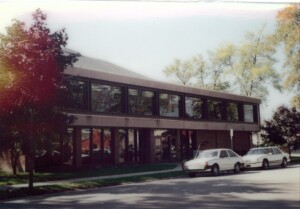 Watch the 1995-96 building project in this montage of photos.